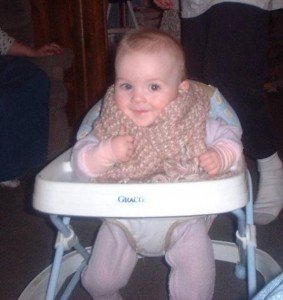 Today my youngest child turns 10. It is a joyous yet still sad day for me. To know that there will be no more little ones is hard for me, but Seth has been such a delightful child!

He keeps us laughing, even now. Seth-isms have spread through friends on the internet. So today, I’ll let his words speak for himself. Here are some comments he’s made over the years that my eldest has written down. You get to see a glimpse into this unique and zany mind!! 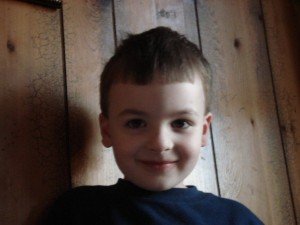 So today Mom was playing with him and asked, “Who are you?”
He responded, “I am Seth M—–. Your son.”
Mom: “Yeah? Prove it!”
He looks at her with disdain and says, “Where do you think proof comes from? Everywhere? Well, it doesn’t!”

My aunt had posted a blog about some knock-knock joke their adopted daughter had told. She is now… oh, I forget how old. 3 or 4. (Seth said she was 3, but I am not sure if this is true.) They mostly consisted of classic knock knock jokes where she had switched punchlines with another joke, or accidentally told it all backward.

When we told several of these jokes to Seth, he laughed heartily and then said, “That’s a common mistake for a three-year-old!”

I hung out with Mom this afternoon as she was working through Seth’s reading book with him. They were working on a particular exercise where he was shown a picture of an object, then the last half of the word with the first two letters missing — all pairs of consonants. (__unk for “skunk,” __oon for “spoon,” etc.)

He gets to “__uirrel” and figures out that it’s “squirrel,” so he suggests “SK” or “SC” for the opening letters. Mom says, “Actually, no, this is a tough one. It’s SQ.”
He gets a look of complete disgust on his face and goes, “WHATEVER!” After a moment, he realizes he’s not allowed to say that to Mom, so he goes, “I’m sorry. I meant… THAT’S CRAZY!”

It took a few moments to convince him that “squirrel” does have a Q in it.

He had a massive giggling fit as well when he accidentally said “G” when he meant “R” and ended up trying to make the word “fgog.” He laughed about that for about a minute and a half before he finally calmed down. Then, a few exercises later, he piped up: “Remember that time when I said ‘fgog’ instead of ‘frog’?”

We went Christmas shopping today. We went to The Dollar Tree, because when my family buys gifts for each other, this is where we go due to pretty much having no money.

Dad had wandered around with Seth, helping him pick out gifts for all of us. Everyone’s gifts had been picked except for Dad’s, so I volunteered to help with that present. Wouldn’t want Dad to see it.
Seth asks, “What should I get Dad?”

“I don’t know,” I say. “I know he really loves burnt peanuts. Let’s see if there are any in the candy aisle.”

We go and, no, there aren’t, so I get ready to turn around the next corner and see if there’s anything else Dad might like, but Seth is still transfixed by the candy aisle. “Should I get him a ring pop?” he asks solemnly.

In the next aisle: “Should I get him this?” He holds up a Pirates of the Caribbean night light.

“Oh. Should I get him a flashlight?”

“Let’s find something else, okay?”

This happens for another several minutes. Finally Seth comes to the end of an aisle where there are glow sticks and swords that apparently also work like glow sticks. “Should I get Dad a glow sword?” he asks.
I sigh. “Seth, just go ahead and get Dad whatever you want.”

He thinks for a moment, then says, “Okay. I’ll get the glow sword.”

Seth was yelling “NO!” at Nathan, and we told him to stop, and he says, “I was just quoting from Hairspray!” We asked him what part of Hairspray that was in, and he said, “I won’t tell you.” Mom said, “Then I don’t know if I can believe you.” He very solemnly responds with, “To believe… or not to believe. That is the question.”

I was trying to convince him that Donkey Kong was a bear.

Me: If he’s a monkey, why is he climbing that tree?
Him: Because! He can do that.
Me: He can?
Him: Yes, because he’s a gorilla.
Me: A gorilla?
Him: A gorilla is kind of like a monkey.
Me: But he can do everything a bear can do.
Him: HE’S NOT A GORILLA.
Me: I know he’s not. He’s a bear.
Him: (Realizing his mistake) I MEAN, he’s not a bear!
Me: But you just said he wasn’t a gorilla.
Him: I was being sarcastic!

Me: You’re awesome. Did you know that?
Seth: Yes. But it doesn’t mean I can float.

Me: Seth, why aren’t you wearing a shirt?
(He stalks over to me and places his face about an inch away from mine.)
Seth: (Hisses) Watch it!

(Then he walks away and cracks up laughing.)

He has just announced that if Mom ever dies, he will sing this at her funeral:

We have company staying at our house this week – another large family. Seth walked up to the youngest one today and asked, “What’s your name again?” The other kid responded, “Josiah.” Seth said, “Good, because I was about to call you Elijah Wood.”

Today, apparently Seth asked Mom for a piece of chocolate. She told him no. He asked why. She jokingly informed him it was because she wanted to eat them all herself. He became very indignant and said, “Well, that… that’s just revenge!”

Joel: One time Mom had no sugar for a long time, and then she had a candy bar, and she had two bites and then she threw up!

Seth: Man, I can’t do ANYTHING!
Me: Sure, you can. You can say “hypochondriac.”
Seth: (Lets loose a string of gibberish) See? I can’t!

Some sage advice from Seth: “If you see a mousetrap, just DON’T MOVE!”

Elizabeth: Are we having waffles for breakfast?
Seth: Nooooo…
Elizabeth: Coffee cake?
Seth: Nope! And it’s not blueberry pie either!

Seth: I forgive you for all the mean things I’ve done to you. 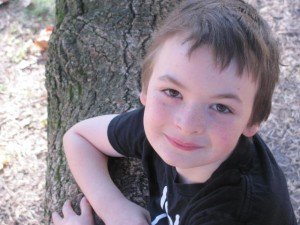