How I Met Your Father – Episode 5

OK, you have to remember that neither Kevin nor I wanted to be married unless we were CONVINCED that it was from God and that we could be more effective in ministry together than we could be alone. And we weren’t interested in being in a relationship/courtship unless we were pursuing wisdom toward marriage. So, our courtship was really not a lot like the dating relationships you may have seen or experienced.

First thing was that we IMMEDIATELY began counseling with one of the pastors to help figure out if God was leading us to get married. We looked very seriously at our strengths and weaknesses compared to what we felt was important in a marriage. One thing we discussed right away was that I was very dominant in my personality, decisive and forthright and Kevin was more timid and indecisive and a “beater around the bush” kind of guy. We believed it was imperative that we begin to build our relationship around the idea of headship and submission in some sense. For us, the best way was for me to begin to learn how to speak less bossy!

We began to seek counsel from those who knew us well (our parents, our roommates and closest friends and mentors). The only “red flag” that was raised was the one we had come up with ourselves – which was a good thing for us! We began a time of getting to know one another. Our pastor gave us a caution. He said that very often when people start a relationship (whether dating or courtship) they become so involved with one another that they basically ignore everyone else. His experience was that those who set this tone for their relationships found it hard to change after they got married. Their focus became so inward that things of the Lord and fellowship with other believers was left by the wayside. He counseled us to be sure that we did not pull away from ministry or fellowship as we worked on building our own relationship.

With this counsel in mind, we chose to continue with everything we were normally doing.

We would finish with our meetings or responsibilities and we would meet together afterward. Either we’d go for a walk on campus or we’d have a soda at the restaurant across from the college or we’d talk on the phone. Because our goal was to be pure in every respect of our relationship, we chose to have NO physical contact of any kind during our courtship. And we wanted to not look like there was any impropriety in our relationship. So, for us, we never sat in a stopped car to talk together. Kevin always got out of the car and we talked across it. If we went to a restaurant (The Frontier was where we went), we sat in the window seats and pushed back our seats from the table to talk. It might seem silly, but to us it was a helpful way for us to remember that our goal was to get to know one another and not to be “a romantic couple”. 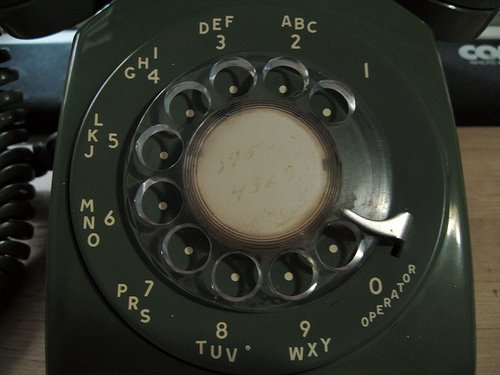 But the bulk of our courtship took place on the phone. (this was before the advent of the World Wide Web 😉 )

We’d talk about EVERYTHING!

Basically in the next month we couldn’t think imagine never having known one another and felt like we always belonged together! Then the “Big Question” came!

Our pastor took each of us aside and asked us this one question that he always asked. “Can you live without him/her?” I understood what he meant by this. “Can you imagine a life of joy without  him/her in it?” And I answered accordingly: “No.”

Kevin, being the literalist that he is, thought, “Of course I can. I wouldn’t physically die if Kate were not in my life. Scripture says, ‘I can do all things through Christ who strengthens me’ so I’d continue to live although I would feel a greater emptiness than I’d ever known.”  So his response was, “Yes, but I wouldn’t want to.”

Well, he was counseled that until he could answer NO to that question, he should not propose marriage. The next 3 weeks were hard for me. Kevin said he didn’t know how to tell if you were “in love” (my response: you just know, didn’t seem to help him) and that question from the pastor really was messing  him up. So we continued to explore and deepen our relationship with one another and sought the Lord together.

Finally he went back to the pastor and talked again. He told him that he thought about me all the time. Wanted to be with me all the time. Wanted to know what I was thinking about any and every thing. Enjoyed being with me more than anything else.  He then explained why he answered “The Big Question” the way he had and our pastor said, “OH NO! What I meant was do you want to be married to Kate more than anything else in the world?”

That evening, Kevin came to my apartment and said, “I am convinced the Lord wants us to get married.”

I replied with, “are you asking me?” When he said yes he was asking, I told him that I would be delighted to marry him. We talked for a bit more, prayed and then he went home.

The one thing Kevin regrets is the way he proposed, that it wasn’t more romantic.  But for me, to KNOW that his proposal was based on his absolute commitment to obey the Lord in getting married to me and that he wanted to be married to me more than anything else was more important than any romantic proposal!

But the girls in the office, in the midst of their screams of delight the next day when I told them, were shocked when they found out that he didn’t kiss me even yet!