How I Met Your Father – Episode 4

It was a summer of coincidences. Or so I thought. But in hindsight, they were God-ordained coincidences for His purpose. Some of the things that happened:

All of these things went on and made me realize that the more I knew Kevin, the more I loved him. It was becoming such a hard thing to see him night after night and know that he was completely uninterested in me (as I convinced myself). I had decided that when Dianne left in the beginning of August, I would go back to Boston with her. 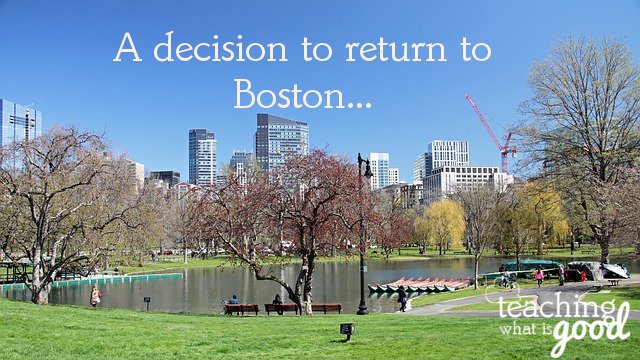 One Saturday we went out sharing the gospel and I was paired up with a dear dear friend named Jim. It was obvious to him that I was upset and he suggested we sit down in the park to talk and I burst into tears. Poor Jim was very upset and concerned (I was not a crier and this took him off guard) but he just let me pour out my heart. I told him that there was one of the guys in the church that I was completely in love with but he didn’t love me and so I was going to return to Boston with Dianne. Bless his heart, he turned to me and said, “Is it me, Kate?” I chuckled through my tears and told him no. After pressing me, I finally admitted that it was Kevin but made him promise he would tell no one.

The next morning during the sermon, our pastor preached on making sure that we seek to make our decisions based on the direction and guidance of the Lord and not on emotions or fear. I felt like God had hit me “upside the head”. I wrestled in my heart through the rest of the sermon and came away realizing that I was running away and not being called away. I felt no peace in my decision to go and decided that until God led me out, I would stay right where I was and trust Him to deal with my breaking heart. 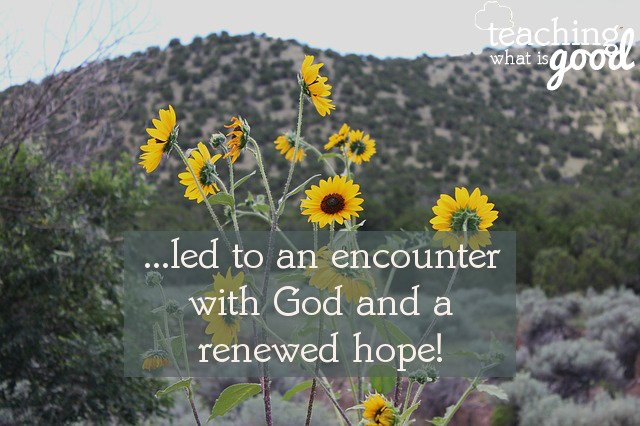 Earlier that morning, unbeknownst to me, Kevin had called our mutual friend Jim for a ride to church. On the way he poured out to Jim that he was really struggling with a very deep crush on one of the gals at church and no matter how much he prayed, it wouldn’t go away and he was thinking of telling her. Jim ENCOURAGED Kevin to tell him who and he said, “Please don’t laugh, but it’s Kate.”

Jim would probably have swallowed his gum if he had been chewing any!! All he said was, “Tell her today, don’t wait. Don’t put it off even for a few days. Tell her right after church. I want you to tell her before evening service.”

After church a bunch of the singles decided to go out to lunch and when we got there someone had the great idea of sitting boy/girl/boy/girl which put Kevin right next to ME. I thought I was going to choke! Then someone else said, “Let’s hold hands to pray.”

YIKES!! Just stab me in the heart and get it over with!!

Within a few minutes after we had started, Kevin leaned over to me and said, “I need to talk to you about something. Maybe we could get together this week?” My poor heart was racing and I was sure I was red as a beet but I firmly said that we needed to meet this afternoon. We’d be home by 1 from lunch so I could be at his dorm house by 2.

The deal was, I had convinced myself that he had heard that I was interested and he was going to reprove me; to let me down and tell me he was just not interested. I wanted to get it over quickly, like surgery. I didn’t want this hanging over my head any longer than I had to. But I needed to go home and pray with my roommates first because I was a MESS!!

2:00 came and so did I. I was on the couch in the living room of his dorm house and he was sitting on the floor. He proceeded to tell me that he had had a crush on me for some time.

I was stunned! I couldn’t speak. I couldn’t think. Did I hear what I thought I heard? He liked me.

More than that, he had a CRUSH on me, and for some time!! Oh My! I very calmly said that I felt the same way. We looked deeply into one another’s eyes said (almost together), “Let’s talk to the pastors and see if we should get married.”

Now I know that sounds strange to many of you. But neither of us were interested in playing around. If this was from God, we wanted counsel (since we both realized our emotions could take us all over the planet). And if this was not from God, we really wanted no part of it and REALLY needed counsel. So we began by seeking counsel from our pastors, our parents, our roommates, and our closest friends.

Kevin looked at me, blinked twice and replied, “Well, give me a week and I’m sure it won’t make any difference.”