How I Met Your Father – Episode 2 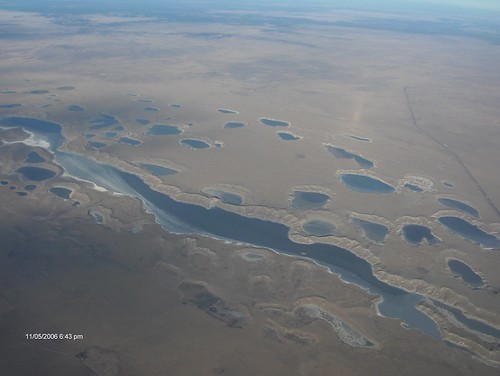 Dianne and I got to New Mexico and would have left within 48 hours had we not totalled the car (will post a Car Story some day). We were simply devastated by the lack of vegetation (I had NO idea there were so many shades of
BROWN – and that what everyone else thought was green was another shade of brown according to New England standards)!!! But God had some definite plans!

Back in Boston in the Evangelical Free Church where we worshiped, one of the elders had a cousin who lived in Albuquerque. So we gave a call to Ed Barnes who became (along wth his wife Claire and Aunt Kitty) some of the dearest people in our lives. Ed and Claire were older (he was early 60’s and she wouldn’t tell how old she was ;-D ) and they became our surrogate family. We spent Sunday afternoons and holidays with them and we went to their church with them. We loved Ed and Claire and Aunt Kitty very deeply and enoyed their sweet fellowship (although our introduction through them to chutney goes down in the annals of history as WEIRD FOOD!!).

We struggled with the teachings from the senior pastor at the church (although, at that time, we became very close to the youth pastor and his sweet wife) and began looking for a different church. It was a very difficult decision for us.

In Boston, we had listened to a series of teachings on the New Testament church by a brother named Jack Spender from CT and we were very impressed by his view of church government and format. We thought we would have LOVED to have gone to a church like that! Then, upon relistening, we heard him mention a brother who was in a similar type of church in Albuquerque!!! We were very excited and decided that we wanted to try and find this brother. We thought he said his name was Carl Sanchez and so we got the phone book and called the 4 Carl Sanchezes. None of them were him. So we decided to begin to work our way through the C. Sanchezes (there were 6 pages of them) in the next several weeks!!!!

We met some sweet brothers in the Lord and one pastor who invited us to his church. They were going through a Navigator’s Discipleship training at the time, but somehow, our New England snobbery wouldn’t allow us to go to their church because it was called Oasis of Love (it sort of sounded like a house of ill-repute or massage parlor!!!!) Sigh. The search went on. In the meantime, we spoke with a friend (that same Monica who slapped me upside the head in the previous note) who actually KNEW Jack Spender, and asked her to help us with our search if she could.

Several weeks later on a Sunday morning as we were getting ready for church, the phone rang. The caller asked if I was Kate or Dianne and when I said I was Kate he said, “You don’t know me, but my name is Clyde Sanchez….” I pulled the phone away from my mouth and yelled toward the bathroom, “DIANNE, IT WASN’T CARL, IT WAS CLYDE!!!” (and she knew exactly what I meant!) We got information about his church and decided to join their meeting that Sunday night.

It was a small group of believers who met in a community building in the mornings and in one of the pastors’ homes in the evenings. After a number of weeks meeting with them and much in-depth talking with the pastors, we decided that this was where we wanted to be meeting!

And guess who the piano player was!?!  More to come.