How I Met Your Father — Episode 1

I’ve posted this story on Facebook awhile ago but thought it would be fun to re-post it here. So, here are the several parts to Our Story.

In 1982 I was living in the second floor of a house with my best friend Dianne and another friend Pat and working as a secretary in the Boston area. We were part of a house fellowship of believers who eventually moved en masse to an Evangelical Free Church (Chuck Swindoll pastored there for a very short time many years before this). I can only imagine what a pastor must think when one week 35 new people joined the worship! We eventually did all join that church.

Three very significant things happened that year. Some of my dearest friends had moved from WV (where I taught their daughter) to Albuquerque, my landlord proved to be a nutcase and my boss became obsessed with marrying me.

Our landlord (33 year old single guy living with his mother) was odd at the best of times. There were a few times when his mother went away for overnight visits and he sort of came unglued. This fellow had a ‘band’ who played in his basement – they played one section of one song for 3-5 hours, although we seldom saw any of these other band members. The first time his mother went away we were violently awakened by smashing sounds at the front of the house. We all got up (3 single girls, mind you) and went out to the front porch to look and see what was going on. Looking down onto the porch below we saw our landlord with an axe in his hands hacking away at his front door! We MAJORLY freaked out and sat in one of the bedrooms and spent the next 2 hours praying for safety! Eventually the chopping stopped and we all finally went back to bed. 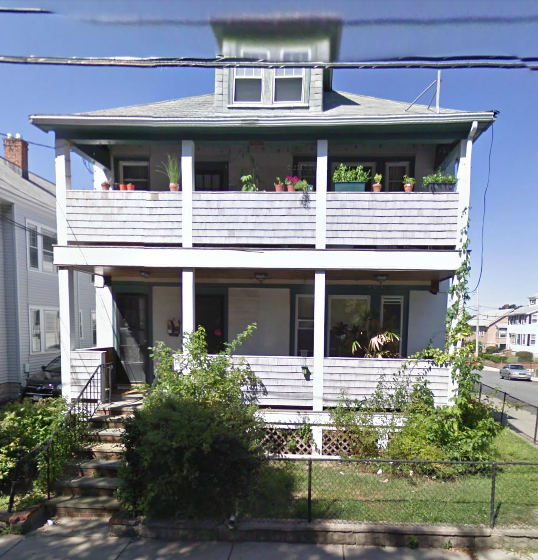 The next morning, on our way to work, we saw his door with a huge hole in it. When I returned from work with Dianne (none of us wanted to come back to the house alone so Dianne and I met up to come home together with Pat following afterward) we saw the door wide open with our landlord in the process of replacing it. We asked him what happened to the door the night before and his very nonchalant response was, “I forgot my key.” HADN’T HE EVER HEARD OF A LOCKSMITH??????

We began to feel that maybe this wasn’t such a great deal for an apartment after all!

Some time later, again when his mother was gone away, I was once more awakened in the middle of the night with smashing sounds in the backyard outside my window. I kept the lights off but looked out the window to see the silhouette of our landlord standing on the back stoop and throwing things onto the roof of the garage. This tossing and smashing went on for 45 minutes and eventually he went back inside and the back light went off.

The next morning I looked onto the garage roof to see what had happened. It looked as though he chose to clean out his fridge by tossing things onto the roof!!! There was a smashed ketchup bottle, meat, various salad dressing bottles, eggs, several broken bowls with leftovers, some fish and chips, and a couple of bottles of soda and beer. Talk about a mess!!! I shook my head in wonder and went off to work.

I returned at 2pm to find the backyard STINKING on this hot summer day (it was in the high 90s). I went downstairs to complain but there was no answer (I think I was actually relieved that he wasn’t home). I went back to work and when I came home at 6 it had all been cleaned up! Nothing was ever said about what happened. Dianne and I decided we were going to look for another apartment when our lease was up in another month or so.

Throughout this period, at work my boss became quite infatuated with me. He was 10 years older than me, divorced with a son and not a really pleasant man…kind of on the icky side. But you know, he was the first man to pay any attention to me since my hair fell out. I was still very vulnerable and couldn’t actually believe any man would find a bald woman attractive and I was thinking he might be the best I could ever get. He knew my faith and began to come to church with me. He went through all the motions of putting his faith in Jesus and I was beginning to wonder if marrying him would be what I should do. Finally, my friend Monica came and metaphorically slapped me in the head! She opened my eyes to see that he really was doing what he felt would win me but that I needed to be careful of settling for anyone when I wasn’t convinced that God was in the center of it.

I knew in my heart that she was right and the next day I told him that there was no way I could marry him and to please stop pursuing me. He became enraged, ripped his bible up in front of me and cursed at me for the next 15 minutes. I immediately typed out my letter of resignation to be effective two weeks from then. 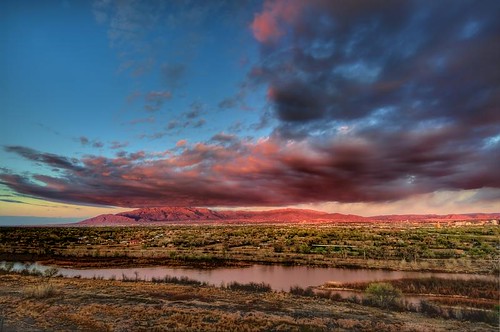 Lastly, my dear friends now in NM called me in the middle of the night (why is it always the middle of the night??) and asked if I would consider moving to NM. They were going through some serious spiritual struggles and felt that they needed some spiritual encouragement and wanted me to come out and be that for them. I told them I would pray about it. And I told Dianne what happened and what I was going to be praying.

Three days later Dianne came to breakfast and said, “I believe God wants me to go to Albuquerque.”

My response? “Have a good time!” But she said that she felt He wanted ME to go too! I replied that He hadn’t told me anything but I would continue to pray.

As I prayed I realized that there was really nothing to hold me in Boston. I had no job, in another couple of weeks I would have no apartment and my best friend was planning to move. There was no reason why I shouldn’t move to be an encouragement to my friends so I decided to accompany Dianne off to the Land of Enchantment. A few weeks later, we packed everything we could fit into my 1970 Pontiac LeMans and headed west! 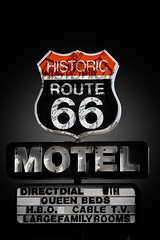 ← Prev Did you write your Compassion child today? How I Met Your Father - Episode 2 →