Giving in: good or bad?

Are there areas in your marriage where your husband has given in on his better judgment to make you happy? Maybe it’s about buying a house you like or getting (or not getting) a job. Many times I hear this in a wife wanting to have another baby.

It’s time to take a hard look, with the Spirit, to see how our very strong desires may have pushed (no matter how unwittingly) our husbands into a place where the only way they could make us happy was to say “Yes”. 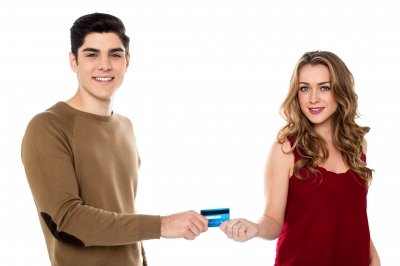 Is your husband resenting YOU because he is feeling more and more manipulated into a place he didn’t want to be.

Before Kevin and I first got married, we decided on the amount of money we could afford for an apartment. We looked for several months and found nothing in that price range that I liked. As our wedding date approached, Kevin was seriously considering whether we should raise our limit but really felt we just couldn’t afford it.

We looked at this one apartment and I FELL IN LOVE!! It was $40 above our limit but I loved it so much that Kevin said, “It will be OK, we can do it. I’m deciding we can do this.” And we took it.

We got married, moved in but there was this little “something” not right between us. He said (and believed) nothing was wrong. One night after a pretty major (for us) night of snapping at one another, he confessed that he should never have said yes about the money increase.

All because he gave in so quickly when I really wanted something. Most of all he was disappointed with himself and looked dismally at our future together.

YIKES! TALK ABOUT A LOAD TO CARRY!

Now, I could have gotten angry that he wasn’t straightforward with me – but truth be told, he really thought he was OK with it. The Lord worked on his heart over several months revealing the truth.

Is this an issue for you?

Does your husband felt trapped, that the only way YOU could feel fulfilled in your marriage (where HE felt he was enough for you) was through more children?

Does he feel after saying no for so long, he’s either tired or just wanting to make you happy and he gave in (really making himself believe it was HIS idea so  he doesn’t feel he’s giving in to pressure he felt from you)?

Does his guilt, frustration and feelings of failure mask the real problem, which is his anguish of giving in against his better judgement when he should have taken the responsibility of the final decision?

I think at this point you should go before the Lord and ask Him to show you YOUR part in all of this.

Where did YOU pressure (over the years bringing it up again and again?) or push when you knew he wasn’t ready? Where did YOU gently and subtly manipulate? Now, perhaps there was nothing of this but it is ALWAYS a place we need to start (removing the log in our own eyes).

Then, go to your husband and open up an honest dialogue. Pray together and ask the Lord to give you both wisdom and openness to heal the wounds in your marriage this might have caused. Be sure NOT to point fingers, but be willing to confess any part YOU may have had in this. And declare to one another that you are binding your hearts together before the Lord and in the Spirit for His Glory, as a testimony of the unity He can bring in our marriages.

Lastly, discuss HOW you can avoid the pitfalls of manipulation (or perceived manipulation) that got you into this struggle and work to make these tools a strong part of your marriage.

May God enrich, grow and strengthen each of our marriages through communication, humility and honesty by the power of His Spirit!

I’m linking up with these lovely blogs.